How to Bet on the Apocalypse and Other Bizarre Things

When you first think of betting, what comes to mind are things such as horse races, football, other sports and casino games like blackjack and roulette, for example. But you never think of betting on, let’s say, when the world is going to end or who the next pope is going to be, right?

At least that’s true for most of us. But some people beg to differ and think that betting on strange and unusual events (and even people!) is the only way to really enjoy gambling. So we’ve put together a list of some of the most outlandish things people actually bet their money on to see just how inventive some gamblers can be. And who knows, maybe you’ll find something for yourself that you too wouldn’t mind staking some cash on. 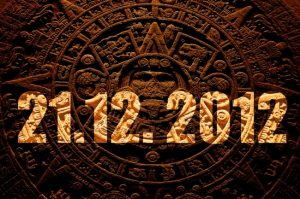 This has got to be one of the most bizarre bets ever. People are betting not only on how they think the world will end, but also when it will finally cease to exist.

Remember how before 2012 there was all the hype about how the Mayan calendar ended? And hence, logically, that meant the end of time as we know it, and so everyone was preparing for the worst? Heck, there were even movies made to honor the occasion.

Well, as you can imagine, people lost it a little around the time leading up to December 2012. This type of betting has become known as apocalypse betting. And even though the year 2012 came and went and we are still here, the interest surrounding the end of the world hasn’t subsided too much.

In fact, after such an eventful 2020, it may have even been ramped up quite a bit. But in addition to when the world is going to end, how it ends is a subject of gamble, as well. And the options are plentiful.

You can choose to bet on any apocalyptic scenario ranging from zombies, an asteroid destroying the planet, World War 3, deadly viruses wiping humanity out (who’s laughing now?), another great flood, etc.

The only downside? Well, if you are betting that the world will end in a certain way or at a given time, who’s going to pay you your win?

Although positioned as a trading platform (like forex or the stock market), one could argue that it is still actually betting. And it’s a fascinating concept of betting, too.

A recent trading platform called Aqua Digital Rising was launched that revolves exclusively around the ability to “buy” and “sell” the success of other human beings. Whether it is your favorite football players, a pop star that you think is going to be the next Madonna, Madonna herself – you name it. Any star, politician, sports person, artist, actor or other celebrated persona can be subject of putting your money on, based on whether or not you think they will be successful (or how successful they will be for that matter). 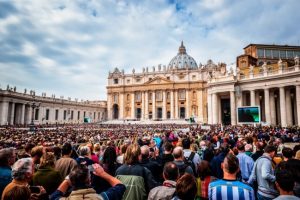 You would think, of all things to bet on, the pope? Really? A figure that is elected from a small circle of people who have likely been working their entire lives to reach this point. But unlike with presidents and other politicians, the pope is elected for life. So inevitably, you won’t find out who becomes the next one until the current one passes away.

But even that isn’t the most unsettling part of this type of betting. Actually, it’s the candidates. If you head over to a betting platform that accepts wagers on the next grand figure of the Catholic Church, you will find all sorts of bizarre potential candidates for that position. Of course, the actual cardinals who do stand a chance at becoming pope are there, as well. But they aren’t the ones that attract as much attention.

Some of the most outrageous options that you can bet on include Bono from U2, evolutionary biologist and known atheist Richard Dawkins, and even fictional characters like Father Dougal McGuire from the sitcom Father Ted. And the odds, of course, are through the roof, with those for Bono at one point being 500/1. 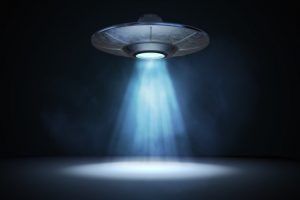 The thought of alien life existing somewhere out there in the universe has been plaguing the minds of people roughly since about the 1950s. And if up until recent years the thought was still seen as flat out crazy, modern science is starting to suspect that maybe it’s not all that unreasonable to believe there are other life forms out there.

In fact, astrophysicists have even calculated the probability of aliens existing in the Milky Way (you can read more about it here). So gamblers are making wagers on when exactly it will be proven that there is life beyond planet Earth. And some platforms will even offer you the opportunity to bet on when aliens will contact humans.

But aliens aren’t the only space-related subject you can bet on. Sci-fi fans will be pleased to know that there is an entire subsection of space betting, and you can even gamble on when the first human will set foot on Mars, for example. Other options include whether or not there will be a base on the Moon or even on Mercury. And then there’s even a debate on whether or not there will be consensus on the flat earth theory.

Unless you are a die-hard fan of the Royal Family, this may genuinely surprise you. But Queen Elizabeth II is very popular and has a large following all around the world. And she has garnered a reputation for always looking very stylish at the many different events she attends. Particularly, the Queen is known to be highly fond of hats, as she is never seen without one. And it’s always a new hat that we see her wearing in public.

So the subject of what color hat her majesty would be wearing at Royal Ascot has transcended the realm of mere debate – now you can wager it on it, too. And in 2019 the matter developed scandalous proportions when the color of the hat on Queen Elizabeth II’s head was questioned.

To some it appeared to be blue, whereas others were certain it was gray. And to have the matter resolved, official confirmation was needed that the Queen had indeed been wearing an outfit in ‘metal grey’. After the dispute was settled, some bookmakers paid out fantastic 5-figure amounts to gamblers who predicted the color correctly.

The Queen’s hat isn’t the only Royal subject you can wager on, though. A very popular bet is on the word or phrase that her majesty will use in her New Year speech.

Nowhere near as bizarre as some of the other entries, but it just goes to show that some of us will bet on just about anything. Of course that doesn’t mean betting on the chances of it raining tomorrow, that may be a little too farfetched, even for devout bettors. But a little more curious seasonal bets that include, for instance, snow on Christmas or New Year’s Eve are quite popular with gamblers.

For example, there is a bet out there that allows you to wager on whether or not there will be snow at Aberdeen Airport on Christmas, which is a rather specific bet. But you can bet on anything else, even temperatures and humidity levels if you that tickles the meteorologist in you.

But if you think about it, weather betting is much more common than it looks. In fact, futures contracts are pretty much exactly that – betting on the weather. And at this point, it’s a pretty massive industry. 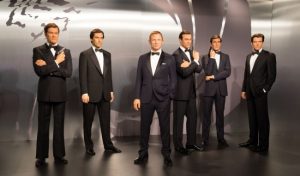 Who doesn’t love a good James Bond movie? The classic character keeps fans flocking to the cinemas every time there’s a new release – for decades now. And one of the most pressing mysteries is always who will play James Bond in the next movie.

So just as soon as all the excitement passes after the latest James Bond movie has hit the screens, bookmakers start accepting bets on who will be the star in the next one. And it’s a long list of possible candidates that you can put your money on – that much is for certain. Some sites will even add dozens of different actors that would be considered for the role.

So movie buffs also get to have their fun making wagers. That is, of course, unless one of the actors is favored far above the rest by bettors. In that case bookmakers have been known to suspend betting, which usually suggests that the next star is already rather obvious.

But if you think that this list is bizarre and strange, keep in mind that it is by no means exhaustive. People can be very creative, and we live in a vibrant, multifaceted and largely unpredictable world that delivers endless opportunities for gambles and bets. So if you feel like you have a knack for always correctly guessing the weather, or you have an eye for spotting talent in artists or athletes before they blow up, there’s a way for you to make good use of it.