The 10 Most Impressive Casino Wins of All Time 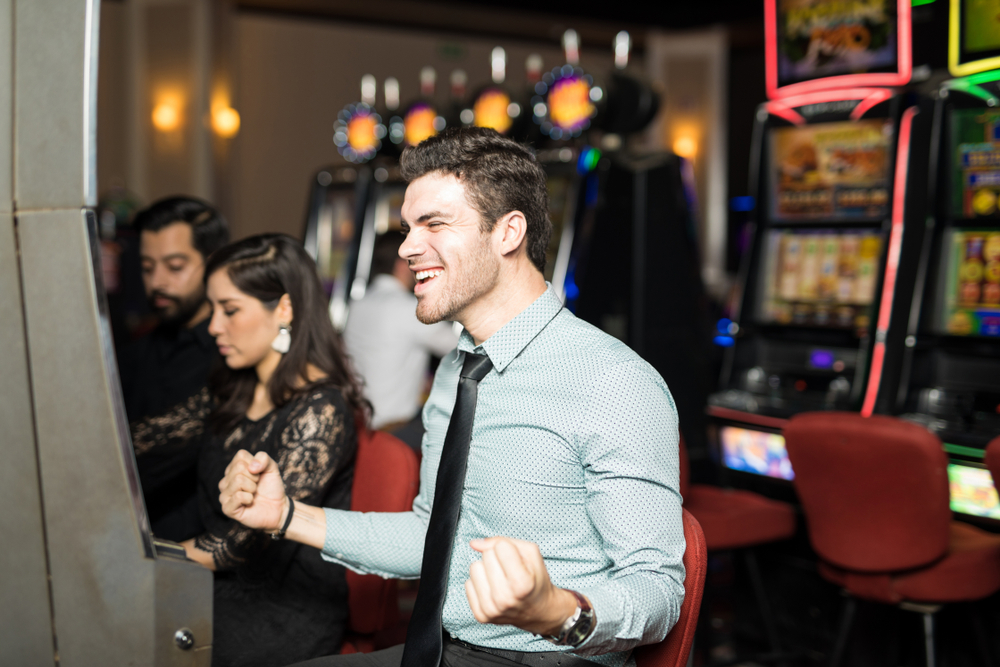 It’s no secret that history has seen its fair share of absolutely spectacular casino wins. But somehow knowing the exact size of those wins really puts them into perspective. And let’s face it, we all love a good story about amazing lucky streaks. In a way, it even gives us hope for ourselves. If someone out there could leave the casino richer beyond their wildest expectations, why couldn’t that happen to us?

And it isn’t necessarily all about the exact amount won either. Oftentimes it’s also the circumstances in which some lucky gambler made their major touchdown. So here are some of the most impressive such wins that are forever written into gambling history.

10. Ashley Revell – Staked His Entire Life on a Single Spin

This is about as unreal as stories go, but it did actually take place. And the story has been documented plenty of times. In fact, it even served as inspiration for a reality TV show that revolves around gambling.

But onto the story itself. English gambler Ashley Revell one day decided to sell the entirety of his possessions, including the house he lived in and even down to his clothes! After which he purchased a ticket to Las Vegas and headed there with his whole net worth of $135,300.

Upon his arrival, Ashley headed straight to the Plaza Hotel & Casino in Las Vegas and found a roulette table where he bet that entire amount of money – in one bet. He won $270,600, after which he got up and left the casino. Like a boss.

And recently the legendary gambler made a comeback at the Plaza, where they unveiled a new table in his honor. You can read about it here.

9. Peter – The Mystery Man from Norway

With online casinos booming, and making gambling much more accessible to people around the world, large wins are becoming more and more frequent. In fact, there’s already a small army of players that made a fortune playing slot games alone.

And this is a story just like that. However, it was among the first of its kind, which is what makes it special. And furthermore, there’s an air of mystery about it that makes it all the more intriguing.

All that is known about this lucky player is that he is from Norway and goes by the name of Peter. Peter was among the first major winners in the online gaming industry after hitting the progressive jackpot in the slot game Arabian Nights. The total amount of the win was 11.7 million Norwegian Crowns, which at the time was the largest one-time hit at any online casino site.

1989 marked the launch of what turned out to be the biggest craze of the gambling scene for years to come – the Megabucks progressive slot. And tensions would especially heat up around it once the size of the jackpot would start to approach the $30 million mark. And given the number of times that the jackpot has actually been hit so far, the odds of that happening are around 1 in 50 million.

But to one incredibly lucky fellow named Elmer Sherwin that happened not once – but twice! For the first time Elmer won the jackpot back in the year of the slot’s release, which made richer by $5 million dollars. And then the second time the 92-year-old hit the big bucks was 16 years later – $21 million. And do you want to know the odds of that happening? That’s 1 in 2.5 quadrillion.

7. Archie Karas – You Win Some, You Lose Some

Archie Karas is a classic example of the gambler’s dream. A Greek immigrant, he came to the USA with only $50 to his name. And then he started gradually building his fortune playing poker, baccarat and other games at Las Vegas casinos.

And soon enough Archie had made over $40 million and become a known terror for local casinos and poker players alike. However, what goes up must eventually come down. And with Archie Karas, it came down very fast. He ended up losing his entire fortune in a matter of only a few weeks.

Don Johnson made headlines a few years back after he took three major Atlantic City casinos for several million dollars. In just one night, he won $6 million at the Tropicana casino playing blackjack. And going back a little, he took both the Borgata and Caesars for $5 and $4 million, respectively.

Aside from the astounding size of his wins, the sheer length and pace of his gambling sessions is worthy of admiration, too. At one point Johnson he was playing a hand roughly every minute. And at the height of the game, his stakes were reaching a mind-boggling $100,000 per hand. There’s more on the subject in this article. And trust us, it is quite the fascinating tale, especially if you like blackjack.

If you are remotely familiar with online slot games, then there’s a very high chance you have at least heard of Mega Moolah. This is a progressive jackpot offering from Microgaming that has made more millionaires than any other slot game out there.

That is largely what makes it so popular. But aside from having made so many of its players rich beyond measures, Mega Moolah also holds the Guinness world record for the largest jackpot payout in an online slot machine game. The amount that earned it this title was equal to $20,062,600. And the lucky man who got to collect all that cash was one Jon Heywood from the UK.

Unfortunately, not all stories of great gambling success have a happy end. The case of Cynthia Jay-Brennan was actually quite the opposite.

Cynthia was a young cocktail waitress at a casino when one day she decided to try her luck with the Megabucks slot game. And, boy, was she in for some luck alright. One spin landed her $35 million – the most that Megabucks has ever paid out. In an instant, Cynthia Jay-Brennan had made a life-changing amount of money, and it seemed like all that was left for her was to start spending it.

Fate, however, had other plans. Only 45 days after that special spin, Cynthia suffered a car crash that killed her sister and rendered Cynthia herself paralyzed from the waist down. There are more details on the events and her life today here, as well as a mention of our good old friend from a previous entry Archie Karas.

Who knew that if you talked to a slot machine nicely, it would actually reward you very generously?! Well, apparently someone had let Amy Nishimura in on that little secret before she decided to try her luck in Vegas.

The woman took to the slot machines for three hours straight. And all the while she kept smooth-talking the slots until finally – one gave in and paid out! In fact, it paid out $8.9 million. Not bad for a $100 bet, we think.

Of course, speaking to the machines has about the same effect as not speaking to them, and we have an entire article dedicated to that subject, which you can check out here. But it is an amusing story nevertheless.

2. Johanna Heundl – That One Lucky Spin

And Megabucks makes a grand appearance in this list yet again. This time, the famous slot game rewarded first-time gambler Johanna Heundl with a jaw-dropping $22.6 million. And the best part? It only took her one spin.

Of course, that spin was worth $170, which raises a few questions, such as whether Johanna really needed all that money anyway. But the win remains a fact and it’s even documented on the game developer’s website.

1. Gloria McKenzie – The Biggest Casino Win of All Time

We did open by saying that it isn’t just about the size of the wins that matters in these entries. But with this one – we have to admit – it is the sheer size of the win. Wait for it…
… $590.5 million!

That is certainly not a number you come across every day. And the lucky winner was Gloria McKenzie, who set the Powerball lottery highest single winning record in May 2013. And not so long ago, the then-84-year-old Gloria made news headlines again, as she sued her own son for mismanaging that enormous amount of cash.

So all of this goes to show that there are some truly inspiring cases of major wins and extraordinary instances of good fortune out there. And hence, one never knows. Maybe today will be the lucky day that you get to create a miraculous story of your own?