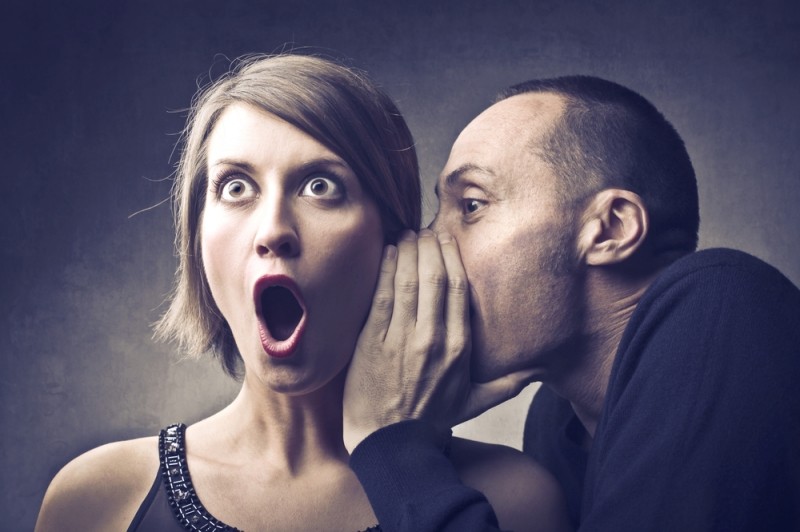 Casinos are a great place to indulge in some care-free fun, blow off steam and just forget about the rest of the world for a few hours. It’s a great pastime, with a large variety of games to choose from, made to cater to every preference and every pocket size, too.

But just like every industry, the gambling world has its well-kept secrets that it doesn’t want you to know. Secrets, however, have a tendency to come out of the shadows sooner or later. And we’ve gathered some of the most outrageous, curious and bone-chilling facts about casinos and gambling in general that you would certainly want to know about the next time you head to the tables.

1. You Are Always Watched

No matter how you feel about surveillance, whether it gives you a sense of security or it fills you with uneasiness and gives you the creeps – know that you are constantly monitored at the casino. And with good reason, too.

Casinos have numerous cameras in their halls to watch out for any suspicious activity and make sure nobody takes advantage of them. What’s more, in a large enough casino you can bet there will be an entire team of security experts monitoring the live footage from every camera very closely. And with some of the biggest casinos in the world, that number reaches up to a whopping 20,000 cameras! So if you’re thinking of trying something fishy, you’d best think again. 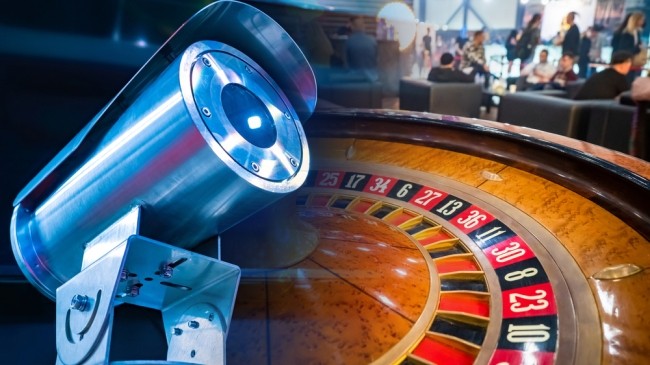 On the bright side, though, you can be sure that there’s no place you will be safer. If any of your belongings ever goes missing at a casino, rest assured there will be at least a few cameras that have registered what happened to them.

2. … Except for Private Poker Rooms

Perhaps the only place that you can hide from prying eyes at a casino is the private poker rooms. Of course, no casino will ever advertise this information, as it would basically serve as an invitation for cheating.

But it is good to know that, especially as a high roller, you can enjoy some genuine privacy along with your bottle of expensive champagne. So if you want a chance to relax and get a little peace and quiet along with your game, the private poker rooms are a sure bet.

This is certainly a shocking bit of information that won’t be to the liking… of anyone, really. And that is why there’s such a tight lid kept over it. Everyone – from policemen to doctors and hotel employees – know very well that a large number of visitors in Las Vegas have come there to die.

As a matter of fact, the odds of dying in Las Vegas in 2008 were twice as high as pretty much anywhere else in the United States. And unfortunately, that trend has been rising and it’s still going up. 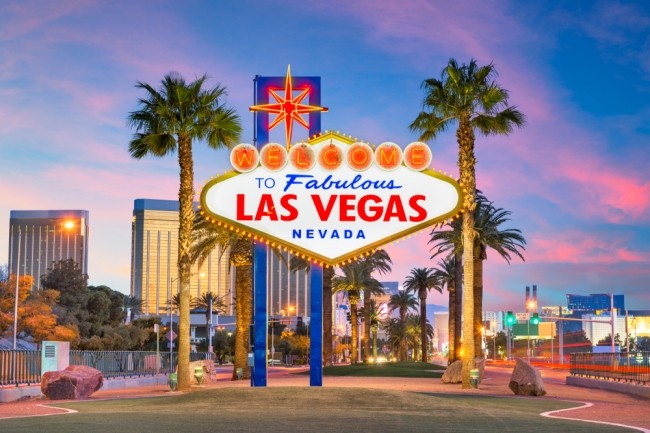 But you won’t hear this sort of information in the news, because frankly it’s bad for business. What will happen to the other billions of tourists that come to Nevada every year to experience the world’s most iconic gambling destination first-hand? Surely this kind of eerie knowledge will scare off a good portion of them.

And whilst it isn’t quite clear why exactly people to choose this particular city to put an end to their own lives, there’s a good chance that it has do with one of these two reasons. It can be either to large losses of money, or it may even have to do with a search for anonymity.

In any event, however, if you feel like you are struggling with gambling addiction, you can seek help from organizations that specialize in this field, such as Gambling Therapy, before the issue progresses.

4. There Is No Rule about Counting Cards

You know how card counting is frowned upon and there is this stigma around it that it’s wrong and even illegal. Well, as it turns out – it isn’t.

In fact, some of the wealthiest and moth successful gamblers in the world made their fortunes exactly by counting cards. And no, there is no law against it. However, there are a few technicalities. And one of them is that it needs to be done in your head. As soon as you start involving any help in the form of machines or gadgets, then you’ve crossed into illegal territory. 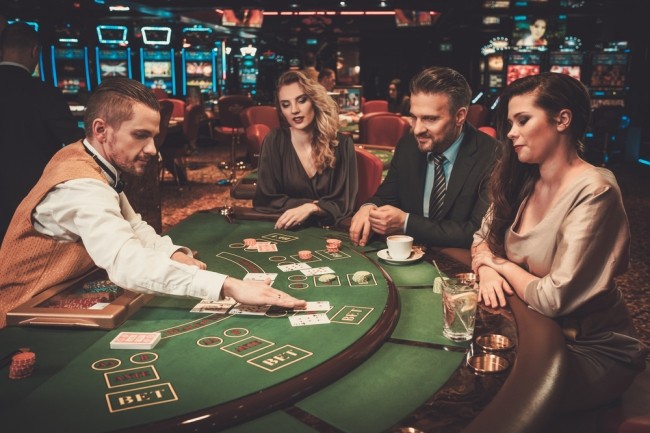 Keep in mind, though, that no casino will give you a pat on the back for card counting. And if they have a reason to suspect that that is exactly what you’re doing, they’ll throw you out in no time – and maybe even ban you from ever coming back again. But they’ll do it very low key, because they don’t want to give the impression of being sore losers either.

Another thing to keep in mind about card counting is that you need to understand how it works first. And then it requires a significant amount of brain power and concentration to put into practice.

5. Keno Will Not Win You Any Money

If you are at the casino in the hopes of winning some cash, do yourself a favor and stay away from Keno. There’s just no point. You might as well try your luck with the lottery instead.

Keno can be very fun, but the odds make it completely not worth bothering with. You need to choose numbers in the range of 1 to 80. And then those numbers need to match up with the 20 numbers that the casino draws.

If you’re trying to do the math in your head right now and calculate what your winning chances are, allow us. The house edge in Keno is roughly between 35% and 50%. Ouch. You’d be much better off playing literally any other type of casino game.

6. You Can Better Your Chances by Playing with Newbies

When you arrive at the casino, have a good look around before you sit at a table. Note the ones where you can see local players – and stay away from them.

Local or seasoned players are at home. They know the game, they know the dealer, and they are very comfortable where they are, which gives them the upper hand. If you find a table with new players who clearly don’t feel like they are quite where they belong – bingo.

By choosing to play with other newbie gamblers instead of the regulars you will be leveling the playing field and giving yourself a fighting chance to win some cash.

7. The Casino Is Always Manipulating You

One way to look at a casino is as a giant adult playground, where you are treated like royalty and it’s fun galore. And that is the way the casino wants you to see it. But the way you should be looking at it as a massive mind game. 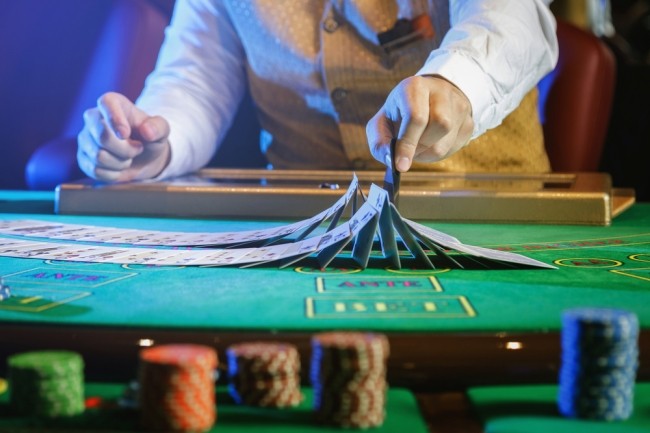 Everything in the casino is designed to take advantage of you. It’s a complex device of psychological evil genius in which everything from the sounds and lighting to the way the casino employees treat patrons – aims to trick you into spending more money.

Just think about the last time you were at the casino? Did you happen to stay longer than intended? And did you also spend more money than you thought you would?

It’s because you were manipulated to do so, and on a rather sophisticated level at that.

8. The Best Way to Learn Is Playing at Busy Tables

As a new player, you may feel more inclined to hone your skills at a table with less people. It’s quieter, less hectic and you think it would provide a better environment for practice.

But as counterintuitive as it may sound, you will actually be better off playing at the busy table. And there are perfectly good reasons for that. One is that when there are more players involved in the game, you get more time to consider your next move. On a less crowded table, you will have less time to think and will likely make more mistakes.

In addition, by playing at busier tables you have more players to learn from. You can watch more gamblers in action and see what they’re doing.

9. Some Games Have Far Better Odds than Others

Earlier on in this article we mentioned that the game of Keno has an unreal house edge of up to 50%. If you don’t know what it is, the house edge is the percentage amount that the casino retains from players’ stakes on average. And every game has one. 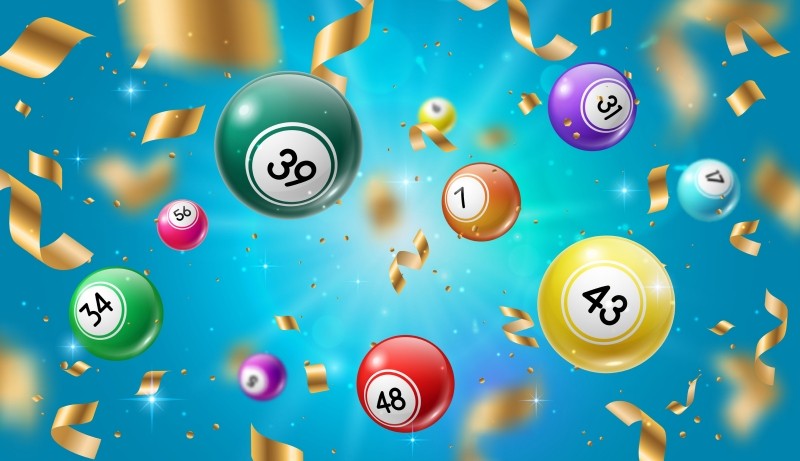 The trick is to choose the games with the lowest house edge, which means the highest potential return to player. And yes, the house does always win, we know that. But it’s still a good idea to choose your games wisely and make the most of your money.

For example, slot games, although they’re no Keno, have a comparatively high house edge – as much as 10%. And some of the real old-school classics go higher than that even.

But with blackjack and roulette, for instance, you get much better odds, as the house edge drops down to as low as 3% – and sometimes lower still.

We’re all only human, right? And so are dealers. So it would be ridiculous to assume that dealers aren’t prone to make mistakes – same as the rest of us mortals.

And after all, not all professional dealers are all that professional. Some may be new, others may simply not be as good at their job, so there’s always room for error. And as practice has shown, if you take your time to watch the dealers closely enough, you can catch glimpses of cards that should be facing down.

If you don’t think that’s enough to give you an advantage – think again. This practice (called “card-holing”) has been proven to give you up to a 10% edge over the house!

We hope these tips have been somewhat eye-opening and they’ve given you a slightly different perspective on casinos and gambling in general. And as of now, perhaps you will be better prepared than ever to enter any casino of your choice.