Slot Features – All the Juicy Details That Make a Slot Great 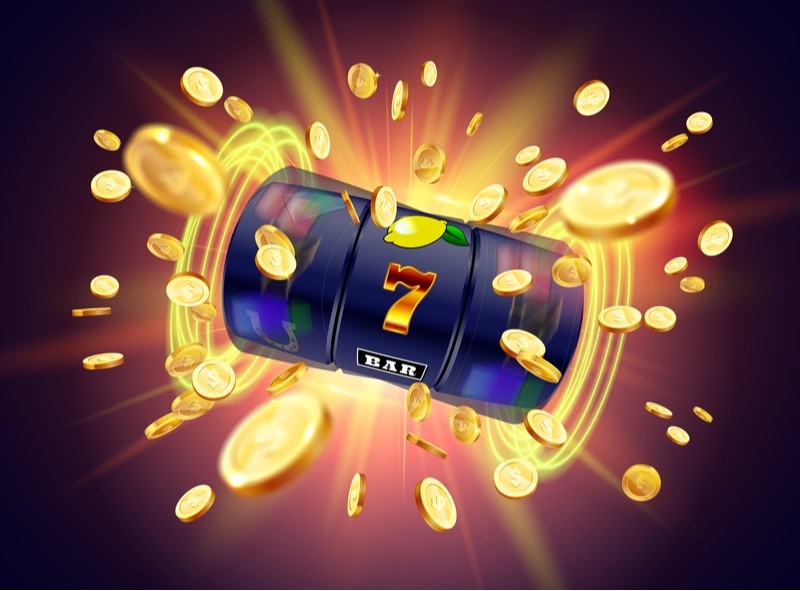 Slot Features or What Makes Slot Games so Fun!

With the evolution of video slots, the special features they come equipped with have developed and become as versatile as ever. So if you’d like to know what type of extras slot games offer these days, stick around and learn about the most common and lucrative bonus types out there.

We’ve covered everything from special symbols to mini games and full-blown bonus rounds that pretty much all modern slot game titles have to offer.

Wilds – the Jokers Every Game Needs

Wilds are perhaps the most common and frequently seen special symbol in online slot games. And they are always a welcome addition to any game due to two main factors. One is that Wilds are designed to be able to substitute for any of the regular symbols in the game (that excludes all other special symbols such as Bonus symbols and Scatters). And in doing so, they can help form winning combinations, when you’re short of a given matching symbol. 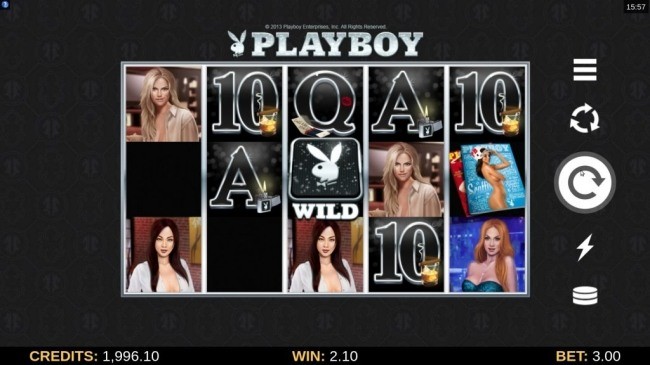 And then the other perk that Wilds often have is that they tend to be the highest paying symbol on the reels. So if you can line them up on an active payline, you can be in for some hefty payouts. But with the incredible diversification of online slot games, developers have found all sorts of creative ways to use Wilds in – here are a few of them.

Expanding Wilds are Wild symbols that will grow to cover the entire reel they appear on when they land on the screen. As a result, you end up with a full reel of Wild symbols to increase your chances of landing winning combinations – potentially on every payline.

Stacked Wilds are similar to Expanding Wilds, only in this case they already appear on the reels in stacks, instead of as single symbols that expand or grow. And depending on the height of the reels, the Stacked Wilds can take up 2, 3, 4 or more positions.

A feature that arguably offers even better winning chances is Shifting Wilds. Here, the Wilds that appear on the screen will shift one position to the right with each consecutive spin, until they eventually reach the end of the grid and disappear.

Transforming Wilds is a feature in which regular symbols, as long as they fulfill certain conditions, can be transformed into Wilds for added winning potential. For instance, these symbols may need to land in specific positions on the reels, or they may need to land in a particular way relatively to existing Wilds.

Sticky Wilds is a common extra feature in many online slot games in which Wild symbols remain on the screen for a given number of spins. In the meantime, the other symbols continue to spin as they would normally, but the Sticky Wilds hold their positions and can come into play when the reels stop.

Multiplier Wilds take the winning potential of regular wilds and – you guessed it – multiply it. Multiplier Wilds can have a multiplier ranging in value from x2 all the way to x10 and beyond even. And how they work is very simple: they multiply the prize of the winning combination they contributed to.

Very similar to the way Shifting Wilds work, Walking Wilds, however, do not necessarily have to move just one position to the right or in any other predetermined way. However, depending on the developer and exact title, they can very much be used interchangeably with Shifting Wilds.

Random Wilds are another common and very fun special feature we like to see in an online slot game. As part of this feature, Wild symbols can randomly be added to the reels on any given spin – in any quantity.

Transferring Wilds is a feature that is seen in games with multiple sets of reels. And what it pretty much boils down to is that the Wild symbols appearing on the main reels will transfer to the other sets, thus dramatically increasing players’ winning opportunities.

Scatter symbols that do not have any bonus features attached to them are the most common type of Scatter symbol in online slot games. And their perk is that landing 2 or more of them in any position on the reels, regardless of whether or not it is on an active payline, they will deliver a cash prize. And especially if it’s a larger number of these on the reels, that cash prize can become fairly handsome.

Scatter symbols can also have special features and bonus rounds attached to them, in which case they become synonymous with bonus symbols. And as a rule, in order for them to not only deliver payouts by landing on the reels, they need to land in combinations of at least 3 in order to trigger their respective bonus feature. And that bonus feature, in turn, can be anything from a mini game to free spins and more.

What’s a Bonus Round without Free Spins?

Free spins bonuses are among the most popular type of special features that you will come across in online slot titles. And hence, these are also arguably the most varied bonuses out there.

There are numerous ways to trigger such bonuses that will depend on the particular offering you’re playing. For example, most commonly you will need to land 3, 4 or 5 bonus symbols during a spin. But the bonus may just as well trigger randomly or be awarded as a prize from another bonus game in the same slot. 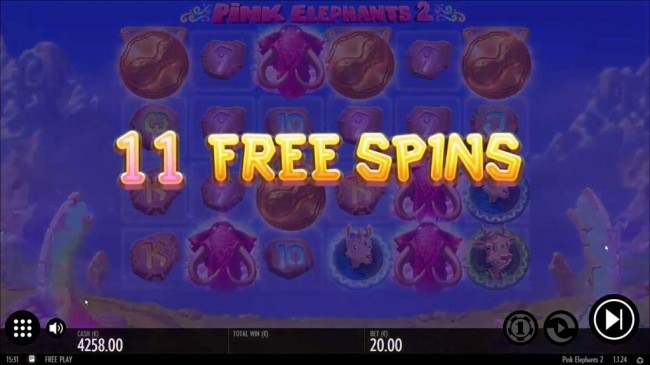 In addition, the number of free spins can vary dramatically from title to title as well. The bottom line is that they are in any event a fantastic and fun way to increase your winning chances.

Don’t worry if you’re seeing in twos. Split symbols are another way to better your chances of higher chances that is most frequently seen in the IGT titles, but is not exclusive to that particular developer. The way they work is that basically two symbols of the same type are placed in the same position on the reels.

Multipliers can appear in any shape and form in slots, depending on the particular title and developer. But they essentially all do the same thing. Namely, they multiply the payouts of a given combination or cash prize by the number shown on the respective Multiplier symbol.

Bonus games have gone a long way over the years and they are certainly one of the main factors that sets modern slots from their classic predecessors. And these days especially, software providers go above and beyond to offer the most creative and unique features to please players and keep them entertained.

With that in mind, bonus games differ greatly from game to game and can be dressed according to any theme. But most of them fall into one of the following most popular types of bonus games.

Random Win bonuses pretty much speak for themselves. They can trigger at any point during gameplay completely at random and award a certain cash prize. And as for Click-Me bonuses, these are usually triggered by landing 3 or more bonus symbols on the reels. After this, players are prompted to click on one of the symbols to reveal a prize.

If you have ever played standard board games, then Trail bonuses will be very familiar to you. They can usually be triggered by landing at least 3 bonus symbols at the same time. As a result, a new screen will appear where you will have to pass a trail with various prizes along the way.

Skill games, also called arcade-type games, are becoming more and more popular in slot games these days. And as the name suggests, these are more than just a game of chance and they involve having to aim your mouse or click on it quickly enough to win prizes.

Gamble Feature – Will You Risk It?

Gamble features are common additions to slot titles, and are even more than acceptable in classic 3-reel slots. They are basically a very simple double-or-nothing game that allows you the opportunity to possibly double your winnings after a win. And in most cases they come in the form of a card game or a high-lo game.

Get a Second Chance at Winning with Respins Features

Respins features give players that wonderful second chance when they were just this close to landing a winning combination. For example, if you lined up 2 matching symbols on a payline and didn’t land a third one – then the presence of a Respin feature will grant you an additional spin of the reels, where the reels with the potentially winning symbols will remain in place. 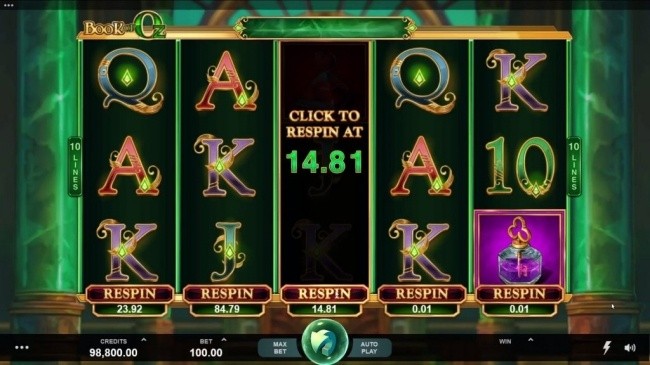 And interestingly enough, the earliest form of respins features is even present in old school slot machines as the well-known nudge feature, which also gives players to make the most of their near-misses.

Nudge features are most prominent in classic slot machines. It comes in very handy when you were very close to landing a winning combination. And in this case, the game will allow you to “nudge” a given reel either up or down with the hopes that the winning symbol you need will land the in the position where you need it to be.

In that sense the Hold feature is very similar, and also very popular with retro fruit machines. In this case, when activated, it allows you the opportunity to hold the promising reels in place whilst the others respin.

Progressive Jackpots – Who Wants to Be a Millionaire?

Some slot games come with a Progressive jackpot, which is very attractive to many players. Such titles promise the potential of massive wins, as they are usually linked across numerous platforms, and every stake made on these slots contributes to the progressive jackpot. Hence, it grows constantly and can reach jaw-dropping amounts. And the jackpot is either rewarded completely randomly or after you have landed a certain combination of symbols or won in one of the mini games.