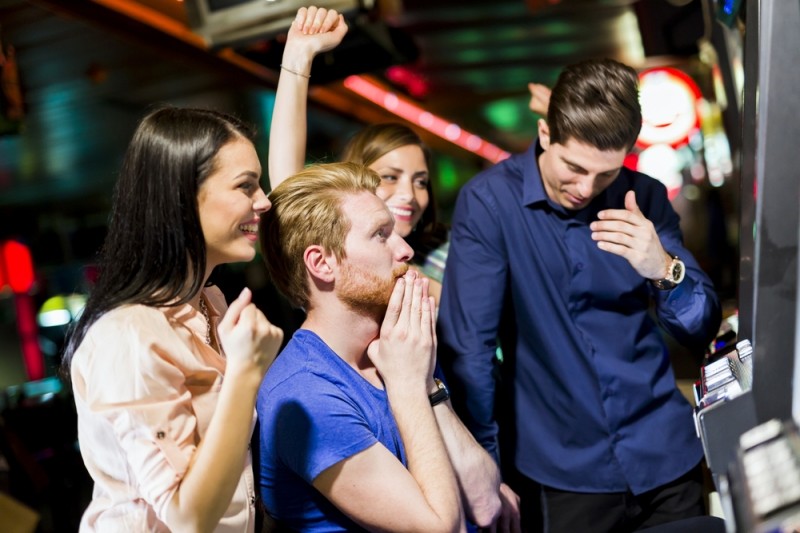 If you’ve ever wondered how your gaming at your favorite slot machines compares to that of other players, slot tournaments can give you the perfect chance to find out.

These are competitive events in which people play slot games (sometimes select titles, other times there’s no restrictions in this regard) the way they normally would. And with each winning spin, players normally accumulate points that allow them to climb up the scoreboard.

As a result, the player with the most points at the end of the tournament is declared the winner. And there’s also a hefty prize that they get to take home, which is usually made up (partially or entirely) of the buy-ins.

How Do Slot Tournaments Work?

Slot tournaments can come packaged in a variety of ways, but essentially they are all based on the same principle. And that principle goes something along the lines of this:

Players who enter the tournament may need to pay an initial buy-in or not, depending on the rules of the competition, upon which they receive an equal amount of credits to play the slots with. From that point on, players have a limited amount of time in which they can play and gather points every time they land a winning spin.
Then depending on the amount of points you have by the time the tournament ends and where that puts you on the leaderboard, you can win a prize. First place gets the main prize pool, of course, but there may also be smaller prizes for second and third place. And while most often the prize will be a hefty amount of cash, sometimes it can also be awarded on the form of free spins.

Slot tournaments are usually distinguished by whether or not they require a buy-in from competitors.

Free slot tournaments can be entered without the need to pay a buy-in and they are also known as freeroll tournaments. Depending on the format of the specific tournament, the main prize may be in cash. But it’s also very common for the prize to be offered in the form of free spins.

Buy-in tournaments will cost you a certain fixed amount for the opportunity to enter the competition. And the entry fee can range from anything as little as $1 into the hundreds, depending on the casino and the format of the tournament. The main perk, though, is that you get to compete for a very attractive cash prize.

What are the Different Types of Slot Tournaments?

Aside from the presence or absence of buy-ins, slot tournaments can have different rules regarding what it takes to win them. For example, most commonly tournaments are either leaderboard tournaments or points tournaments.

In the case of leaderboard tournaments, players gain points by wagering money or by winning money, and in some cases it can even be a combination of both. And then based on those, you move up the leaderboard within the given time frame of the tournament. And then with the point tournaments, you enter with a certain amount of playing chips or tokens that are used instead of real money. 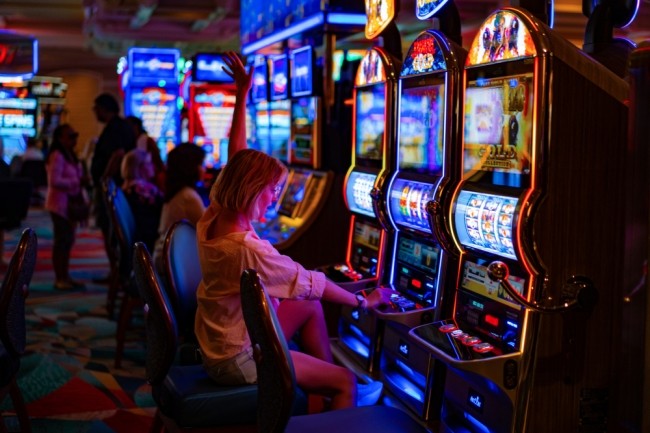 Now, those are the two main types. Here are some of the most common variations of slot tournaments, based on these main categories:

1. Scheduled tournaments. This is the type of tournament you are most likely to enter. It is announced by the casino in advance, and you can buy in before its start, whereas all the entry fees are collected to form the prize pool.
2. Sign-up freeroll tournaments. This is a form of welcome promotion for new players that offers free entry upon registration at the online casino, and there is typically a modest prize pool that goes along with it.
3. Reloader tournaments. These tournaments allow players to buy addition credits/chips after they’ve used up the initial amount so as to re-enter the tournament.
4. One-shot tournaments. Unlike the reloaders, here players only get one attempt to pass to each level in the tournament. If you don’t pass – you cannot re-enter.
5. Survivor slot tournaments. This type of competitions include elimination rounds after which the number of players in the tournament decreases over time. And eventually there will be only one “survivor” left, who wins the main prize.
6. Comped/VIP tournaments. Sometimes slot tournaments can be invitation-only and reserved for members of the casino’s loyalty or reward program.
7. Sit-and-go tournaments. Another popular form of slot tournaments, sit-and-go variations are great because they start as soon as the seats fill up. There’s no pre-registration necessary, just grab a seat and start playing.

Tips on How to Win Slot Tournaments

As we all know, slot games are based on random number generators, so there is no way to predict which spin will land a winning combination of symbols. However, there are still strategies you can use to maximize your chances of winning a slot tournament. Here are our tips on these:

Spin as fast as you can!
It might sound like an odd piece of advice, but getting as many spins into the given time frame of the tournament actually does give you an advantage. And even though your average tournament may only last for about 20 to 30 minutes, that time can really seem to drag on forever when you are competing for a prize. So make sure to stay focused and keep a steady rhythm, pressing the spin button as quickly as you can.
Play on the maximum stakes
Some slots have flexible paylines, and if that’s your case – always make sure that you are betting on all the existing paylines. Furthermore, select the maximum number of coins to bet, as this will maximize your return from winning spins and can help you climb that leaderboard faster.

Are there free slot tournaments?

Yes, there are. There are slot tournaments out there that do not require you to pay an entry fee or buy-in. However, these tournaments usually also have a smaller prize pool, or the main prize may even consist of free spins.

Can I compete in slot tournaments on mobile?

Most online casinos these days are perfectly optimized for mobile gaming, so you should be able to enjoy slot tournaments across all devices. But check out our rating of the best mobile casinos to be sure you aren’t compromising on quality.

Is there a sure way to win a slot tournament?

Slots are RNG games, so there is no way to predict the outcome of any given spin. However, you can increase your chances of winning a tournament by getting as many spins into the allocated time frame as possible, as well as by playing the maximum stakes.

What type of slot tournaments are there?

Do you need to register for the slot tournament in advance?