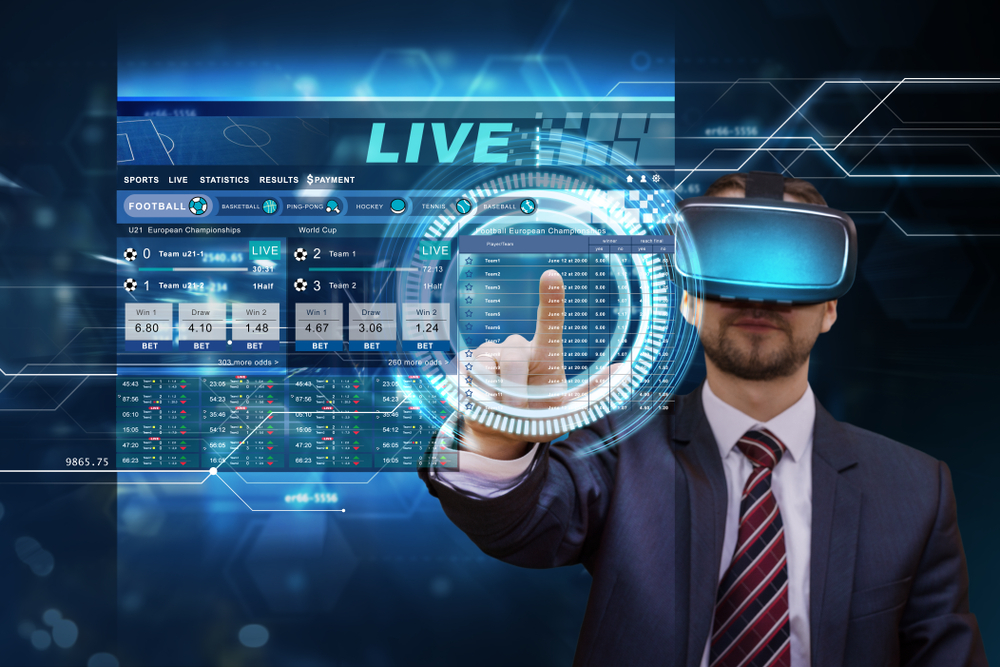 Reading Time: 4 Min
Image: Shutterstock
Founder of Betinternet and the mastermind of Virtual Live Racing concept, Vincent Caldwell has come up with his digitally driven betting products for the US.

These latest virtual Live Racing gaming products will bring new features, that are well-built replicas of stunning graphics, real tracks. Also, the outcomes will be focused on the data of historical race events. These products are developed in support of the prominent racetrack venues of America.

The firm claims that Virtual Live Racing is the first of it’s kind betting game across the world. This is because, generally races are based on encrypted data that is taken from real-life thoroughbred and greyhound race. It is a huge step ahead than Random Number Generator products that are presently provided by legacy market suppliers.

In Florida, several race tracks are already live, such as Tampa Bay Downs and Derby Lane. Other tracks are approved and will be introduced soon in the markets including Parx in Philadelphia and Hawthorne in Chicago.

These online live racing games can be accessed by all tote systems in the United States through Amtote International’s Spectrum betting system. It is one of the prominent technology tote supplier in the US that allows race tracks to approve wagers from customers and, then introduce a new safe revenue stream.

Virtual live racing has been introduced by Virtual Software, an Isle of Man-based company. It has already built a track record of innovation in terms of digital product development across fixed odd betting and pari-mutual industries. Vincent Caldwell launched Betinternet as one of the first online betting firms in the world. After that, his island-based company made its name on the London Stock Exchange.

The Virtual Live Racing launch is the outcome of the company’s highly skilled and experienced team. It has thus led the company to reach its desired goal. Other such milestones for the company include a Legislature Senate Bill passed by the State of Oregon that had legally sanctioned virtual racing products.

Statements Made By Caldwell

Vincent Caldwell stated that virtual racing products functions across 40 countries in the world. It is already a growing product which has millions of bets on them per year. It will be a great opportunity for him and his company as launching such unique products like these will soon take over the market. The company has launched a real-time rendering product that will provide harness and greyhound racing with excellent animation and graphics.

The technology implemented in Virtual Live Racing will ensure that the intellectual property of race track, which is a type of historical race data is encrypted. In such a way, results will not be known before the beginning of the race.

Moreover, as web based Live Racing Products are created on the pari-mutuel wagering scheme, it will have huge potential across the markets. In the US pari-mutuel market, there will be access to around 11 billion dollars and 100 billion dollars in racing markets globally.

Virtual live Racing is developed by an experienced executive team that has immense knowledge and expertise in this field. Dave Mousley was Red Vision’s co-founder. He developed the first virtual racing product in the world.

His products recently generated more than 8 billion dollars in gross revenue per year. As a result, his team gained two Royal Television Society and two BAFTA awards for creative and technical innovation. Furthermore, he and his team were nominated for Emmy awards in the US for creating excellent virtual effects and computer graphics.

Angus Wood is the Chief Software Architect of Island Broadcasting Media Limited. When he was CTA at Inspired Gaming, he followed the procurement of Red vision. He was responsible for security regulations and technical development of around 90 thousand wagering terminals, machines along with testing substantial server-based wager.